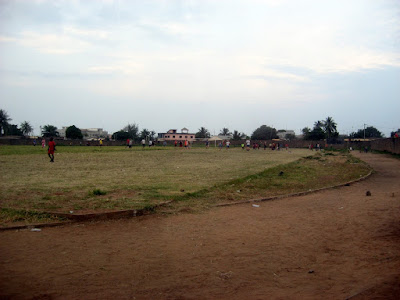 Every Friday afternoon at 5pm a group of people go out to play Ultimate as a sports complex about 10 minutes away. I've been either working on Fridays or doing something with friends and so this was the first week I could go. It was quite an experience!

The complex was pretty ghetto... think one soccer field that was half mown--the other half had grass/weeds about 18" tall. And there was a 10' wall around the place, but when the frisbee went over the wall there was always a little child ready to scramble the wall and throw it back over! 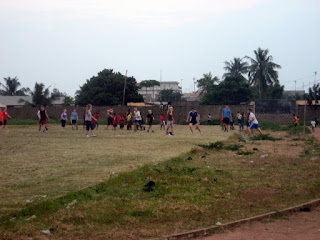 There were several groups of men playing football (soccer) going on when we got there, and a bunch of little boys were playing the dirt, maybe waiting for someone to bring a ball. When we started playing they quickly picked favorite players to root for! Sometimes when a crew member dropped the frisbee or missed a catch we'd hear a bunch of scolding--in French. But how they cheered when someone scored, made an amazing catch, or dove and caught it!

Eventually Ali and one of the staff family girls took the other frisbee and started up a game with the kids. They had so much fun trying to pick up on the rules and learning how to throw it! :) 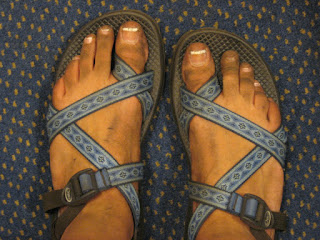 We all came back totally exhausted, totally soaked (the mini water fight that happened on the dock as soon as we arrived back did contribute some!), and our feet totally sandy! But it was so worth it! 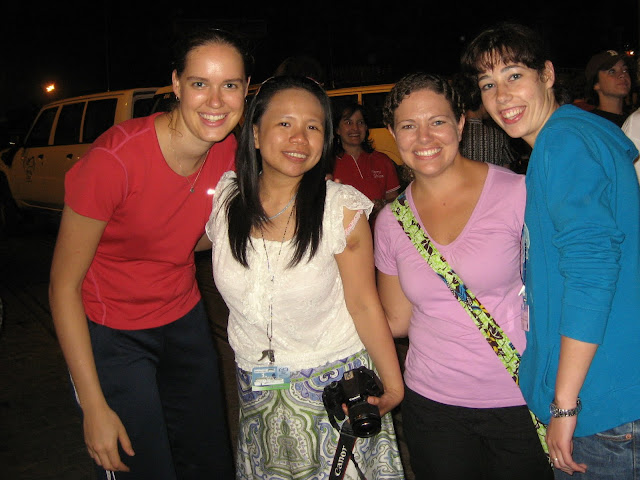 (Becky was leaving for the airport just as I arrived back) 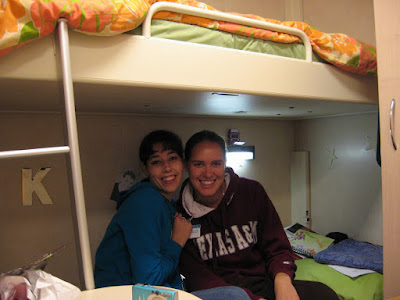 (and Kristyn leaves today. We've spent many happy hours sitting on my bed together watching movies or talking... gonna miss her tons!)