Our busy day continued with a visit to the Kurmi Market. Our drivers skillfully navigated a 15-passenger mini-bus and a minivan down the narrow streets near the market. As soon as we parked, several Nigerian men came up, offering to guide us through the market on foot. 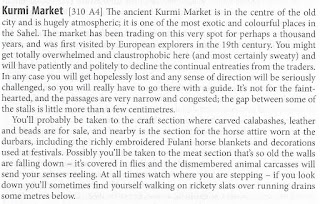 The Kurmi Market was also a huge slave market in the 1800s. Africans would go out to the villages and take people as slaves, bring them here, and then sell them to others who'd take them to the coasts to sell to the European slave traders. Our guides told us matter of factly that this cave-ish building was where the slaves were kept and also showed us the holes in the wall where the slaves were chained. I'm so used to hearing about the slave trade in a sorrowful manner, or like the black spot in history, so I was surprised to hear it spoken of as simply fact. 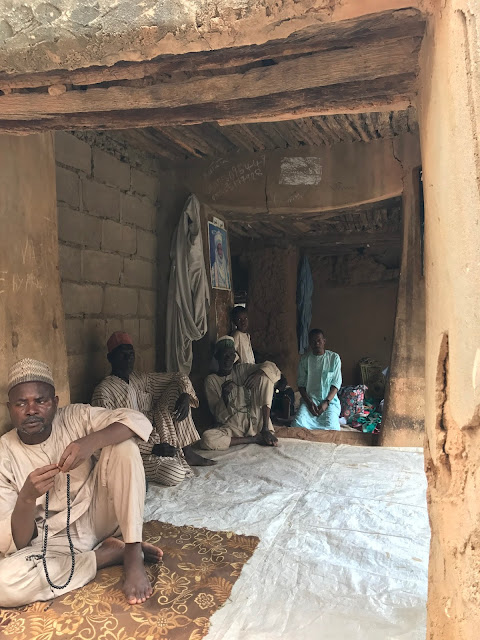 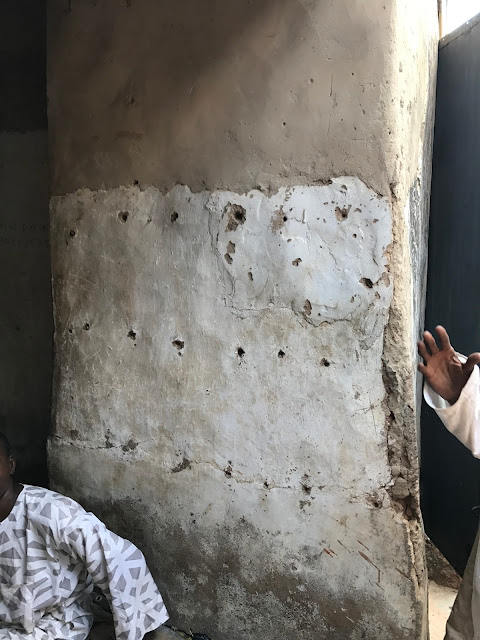 We had been advised to stay together as a group, but that was hard to do as people stopped at various shops to buy souvenirs, cloth, or hand-crafted items. Our two guides kept telling us "Let's go" (I think that might be one of the few phrases they knew!), and the few of us that spoke Hausa kept saying "Za mun jira!" (we will wait!)

Once we finally made it back to the cars, our director and his wife wanted to take us to experience another part of Kano culture--specialty dried meats.


After the market, we went to Dala Hill. It was an easy walk up about 100 steps to the top where the view was incredible! 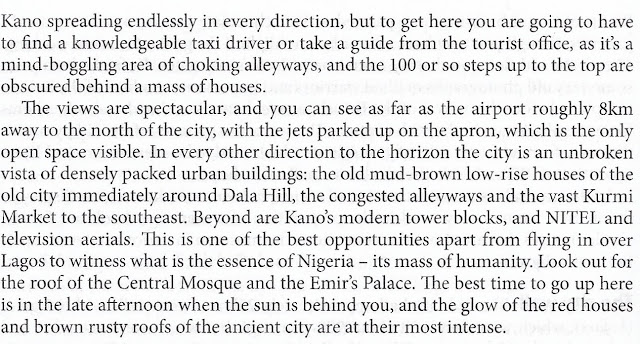 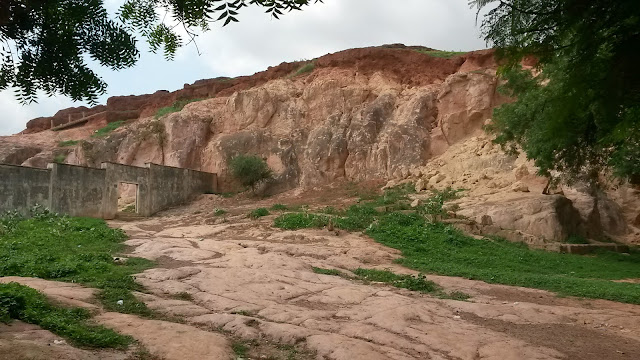 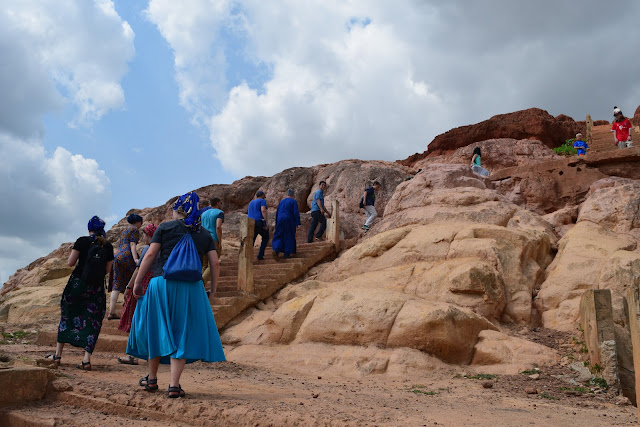 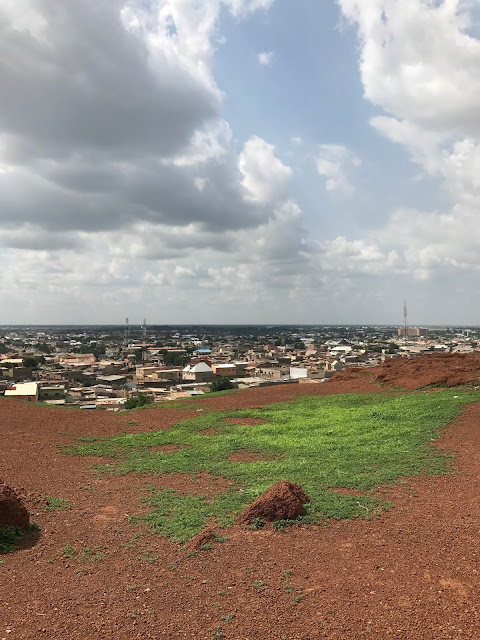 After our very full day of sightseeing, we went back to the hotel for a quick rest before going out to dinner at... 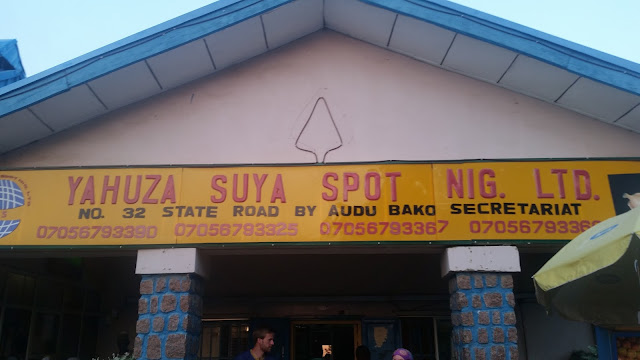 Suya is meat (usually beef or chicken, but occasionally goat) that's been roasted over an open fire on a stick and coated in ground peanuts and spices. It's super yummy! We each ordered a stick or two of suya and masa to go with it. Masa is a slightly puffy round cake made from a thin rice batter that's cooked in a special pan over a charcoal fire. The plain masa cut down some on the spiciness of the suya, but I was still glad for my coke to wash it all down!

Afterwards, we all went to a place called Grand Station. It's a big department store... and it has an ice cream counter! I think I was as excited about the shopping as I was the ice cream--which I hadn't eaten in over 2 months! I'm glad that J__ was happy to split a triple scoop with me. Yummy cappucino, Nutella swirl, and vanilla ice creams!