The view from Deck 8 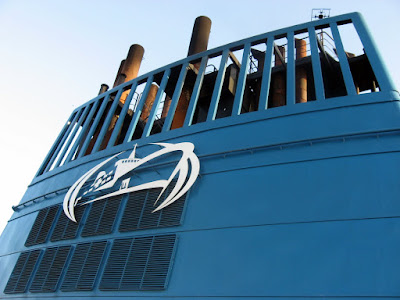 This is the engine stack on the top of deck 8. Most of the Africa Mercy pictures in Mercy Ships publications (like my blog header!) are old and still show the old logo. 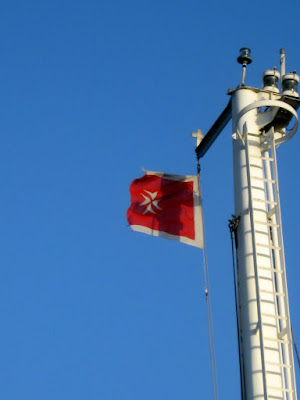 The flag of Malta, the country Mercy Ships sails under. Long complicated reason why... basically, Malta allows a multi-nationality crew, if we flew under the US flag then a few of the key officers and something like 50% of the crew must be America citizens... at present there are 34 nationalities on board! 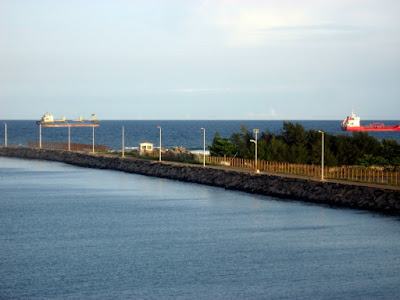 The view from aft Deck 8... my favorite dinner spot. This port opens straight to the open sea which makes for a fair amount of ship movement even while moored. 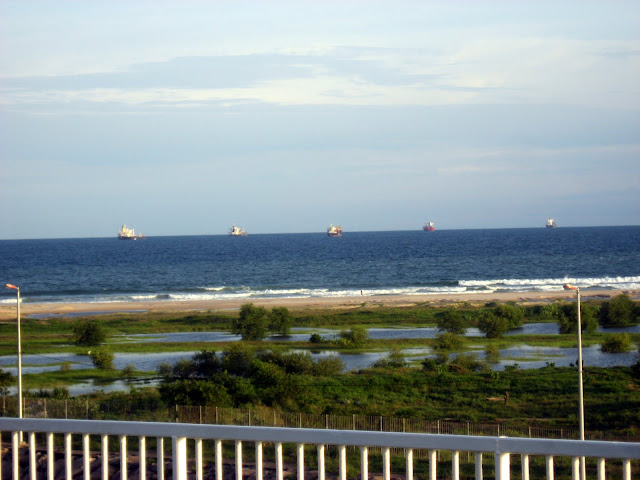 The aft port-side view. Some days there are very few ships waiting... other days, like this, there are tons in line on the horizon. And the beach looks beautiful, but it's off-limits to crew per both Mercy Ships security and the US Embassy warnings based on recent muggings. :( So the crew uses a resort beach farther down the coast. 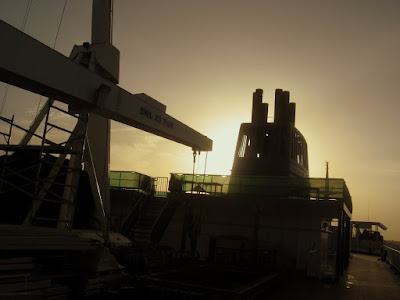 The sun setting... at about 6:15pm... This is the view forward from the stern. The raised portion roped off in green mesh is the new swimming pool. Obviously, a maritime architect did not design it; the pool's unusable for now because  it's situated perpendicular to the ship and the slightest rocking in dock causes huge waves that could swamp a child's head. It's probably 10 feet deep and only half full now because of all the water that's sloshed out. The crew's hoping to get it fixed during the ship's stay in South Africa later this year. 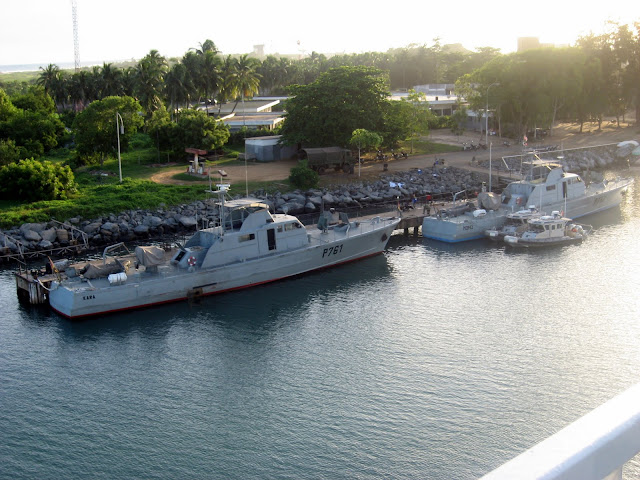 This is the forward port-side view. Behold the Togolese Navy... all two ships and two speed boats of them! They've been docked there since I arrived a week ago and only this afternoon did the boat in the left of the picture head out...
*when you have a view like this, you can ALMOST forgive not having a porthole in your cabin*