Our third day in Kano started off with a visit to the cloth market. This is one of the oldest cloth markets in West Africa and put any fabric warehouse in the US to shame! It spreads along one major road for about 4 blocks, but goes back for another 3 or 4 blocks! They were building this new cloth building right along the road, and that will only make the place busier!

In recent years there have been two fires in the cloth market. Most of the sellers keep their wealth in their inventory, so it was particularly devastating to them and resulted in several suicides as their livelihoods went up in flames.

It was a bit of a maze as there were shops spread out along the walking paths, but also large two-storey cement buildings with little shops inside. We split up into groups of three or four so that we could stop and shop (and bargain, which takes a while!), and arranged to meet back at the vehicle at a set time. 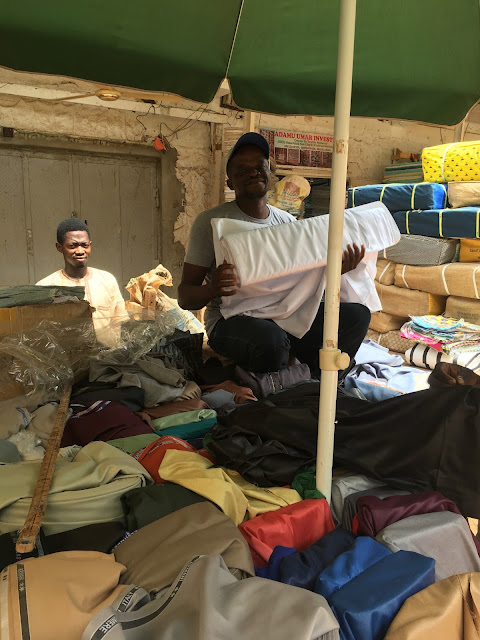 While most of us were out shopping, some of the medical missionaries went to observe eye surgeries at the Kano Eye Hospital, a mission hospital that has a name as being one of the best places for eye surgeries in West Africa. 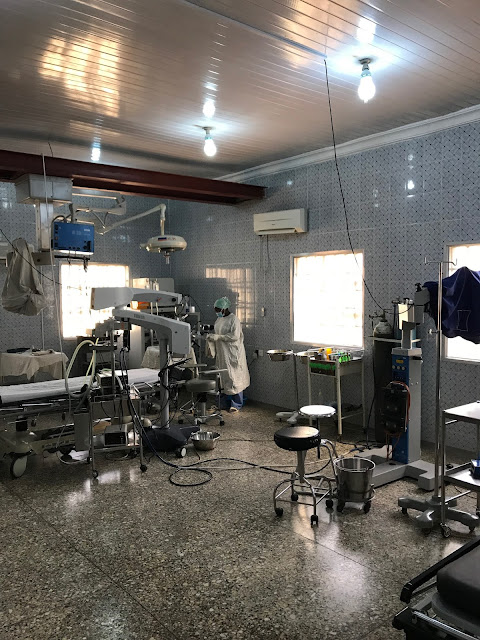 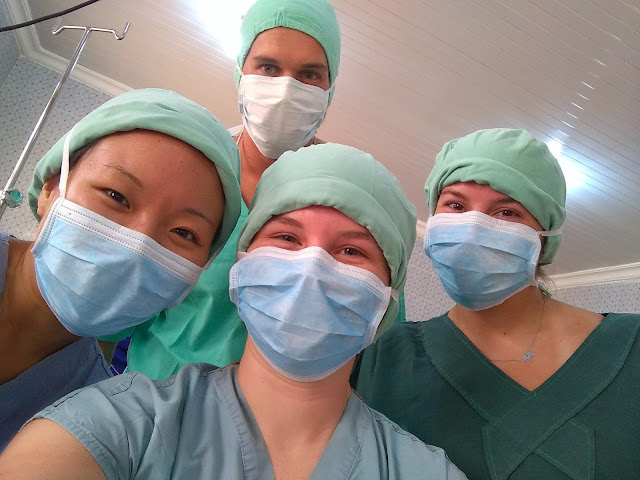 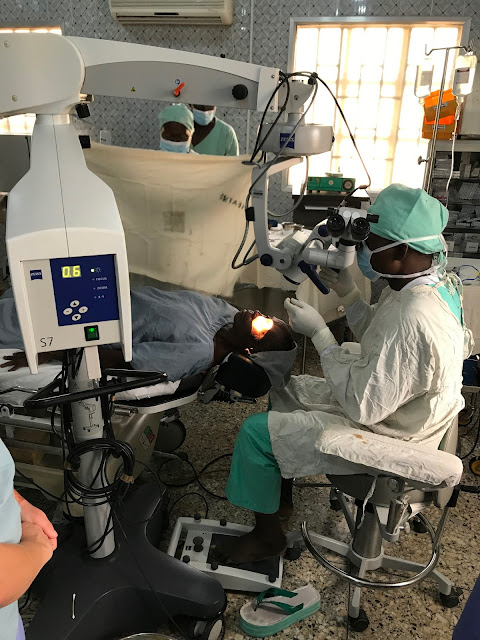 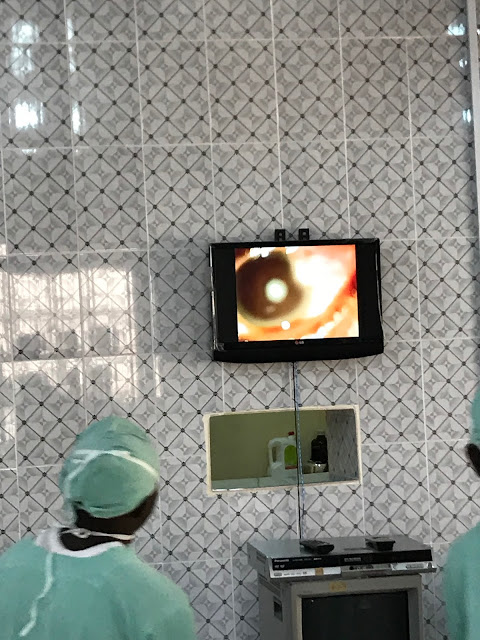 We all met up for lunch together, then went on a tour of the ECWA compound and the eye hospital. (ECWA--Evangelical Church of West Africa, now Evangelical Church Winning All--is the church denomination that SIM started in the 1950s, then put itself under. ECWA is one of the predominant denominations here in Nigeria and throughout West Africa, and they have schools, mission hospitals, seminaries, orphanages, bookstores, and many other ministries!) 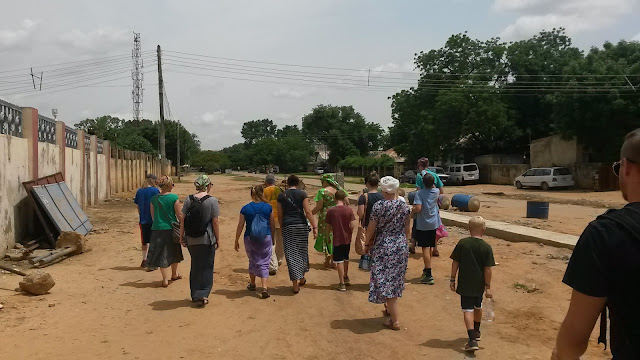 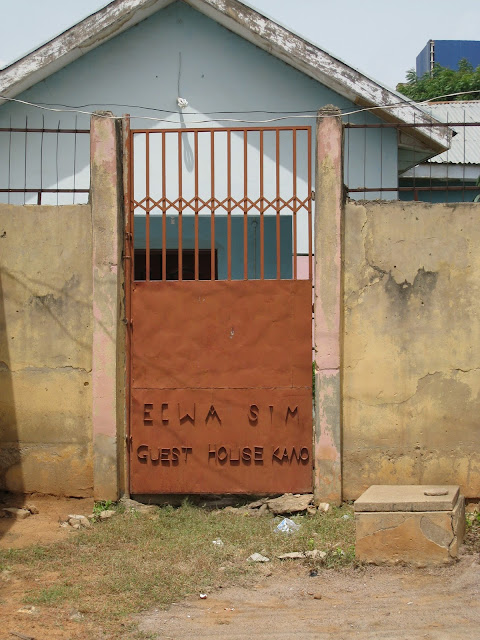 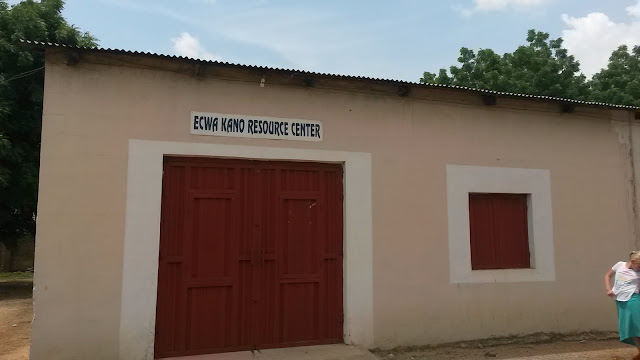 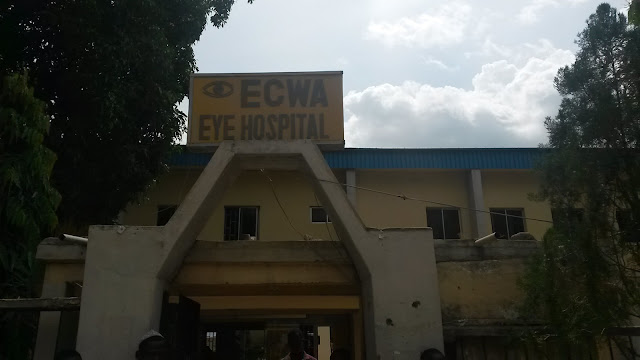 After the tour, a few of us went on adventure to find a swimming pool! Here, swimming pools are usually found only at hotels and you pay about 1000N ($3) to get in. We went to an Indian-run hotel that had a nice 5' deep pool that was clean AND smelled like chlorine (you might get one or the other in Nigeria, but not often both!). After swimming for a bit, I finally cooled off! Then I sat to enjoy a cup of masala chai tea with the others who weren't swimming. 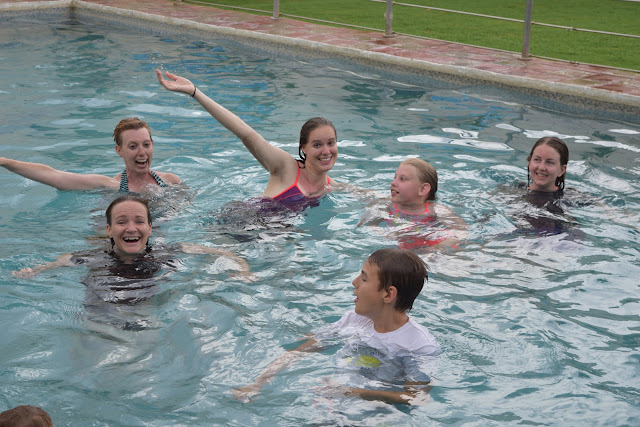 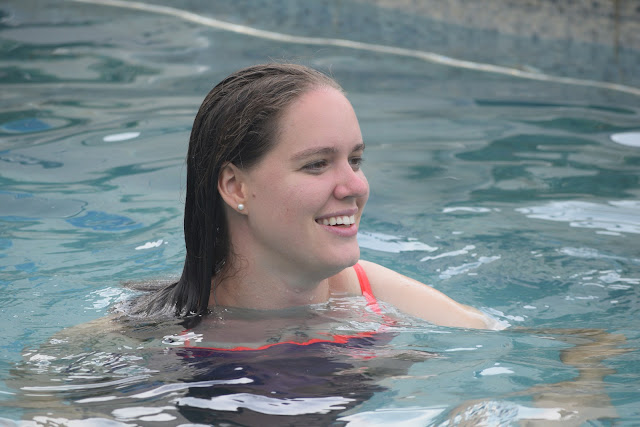 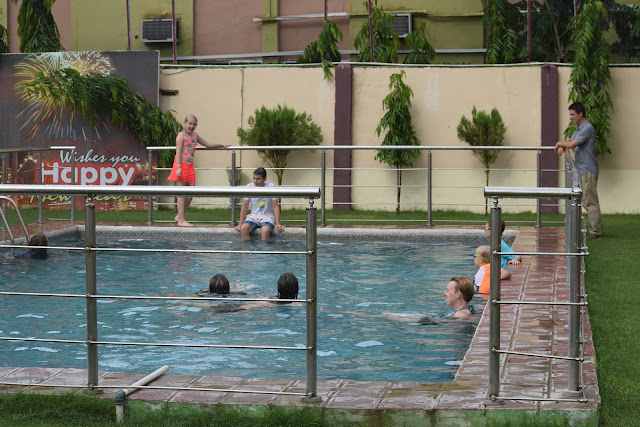 After we swam for about 2 hours, we joined the others who were shopping at an artisan souvenir market. Yes, I know... more shopping! It was mostly the normal carvings and beaded necklaces, but a few other fun things too. *ahem, Christmas presents*

Then just as it started pouring down rain, we went to a Chinese restaurant at a nearby hotel. I had yummy chicken and green peppers and enjoyed watching Chinese news television. 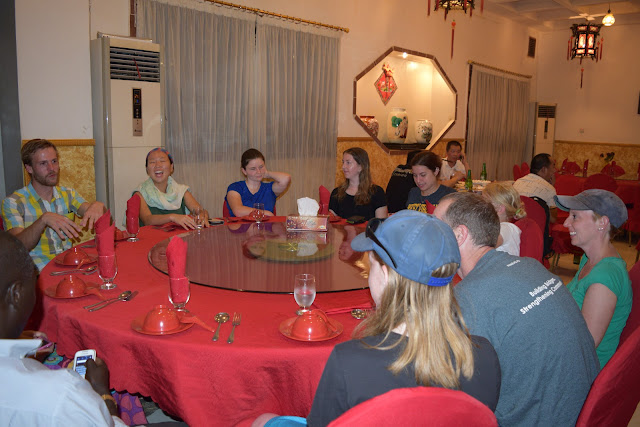 We all went back to the hotel and guesthouses and crashed because the next day was going to be an early morning!