Reunion is undoubtedly the best part of our year! Last year, I'd just arrived in country a week before, I didn't understand any Hausa, and I didn't really know what was going on--this year, I could follow along with the program and I knew many of the patients that came to celebrate!

Reunion is three-day event, Thursday through Saturday, but women start coming a week or so in advance! That meant that our Tuesday clinic this past week was insanely busy with 68 women (usually, it's 20-30), so we had to split clinic into two 6-hour days!

It was fun to come through the main hospital gate each morning and greet the women sitting on the steps outside the VVF center. They spend most of their day chatting, re-doing each others' intricate hair braiding, and relaxing. 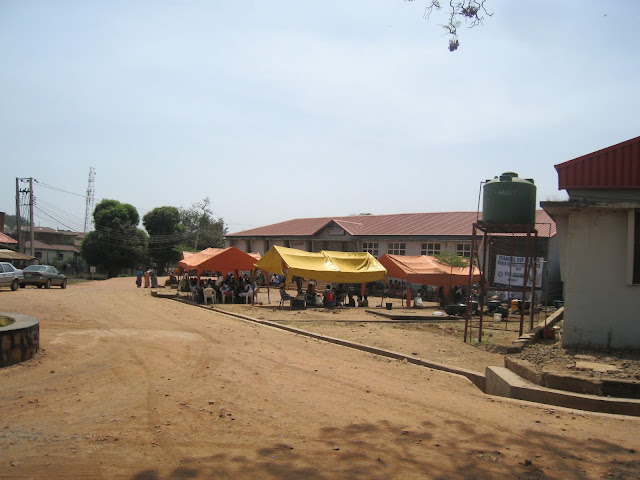 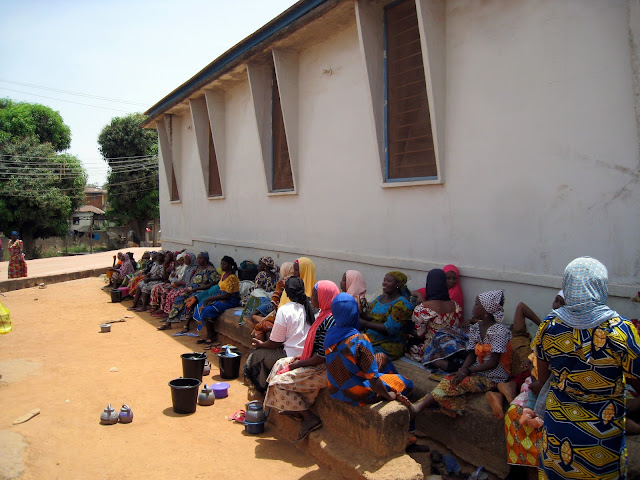 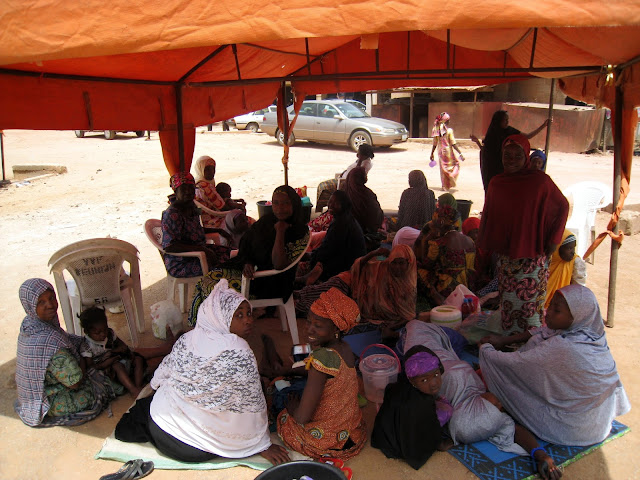 The program started on Thursday with food, crafts, and movies after sundown. Our kitchen team usually cooks for 20-30 women every day (all food for VVF patients on the ward and in the hostel is provided free of charge), but cooking for this many women involved getting a few more hands to help out!

Friday continued the celebration with some group cooking activities, one-on-one spiritual counseling provided by our chaplaincy team and pastoral students from the local seminary, meetings with former patients (especially those who've had radical surgeries as we're looking to get follow-up information that could be used in future research papers), and a musical group that came in to entertain the women with songs and group games. 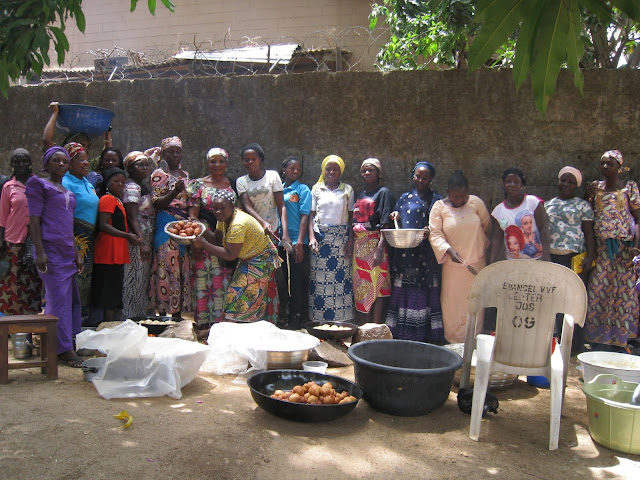 But Saturday is really the big day!

The reunion celebration is held out in the "VVF Village," a place near the back of the hospital compound where there's a 100+ bed hostel, a two-storey training building, and several homes for VVF staff members. There's also a large open area where we set up tents and hundreds of plastic chairs for everyone. But people don't stay seated for long... when the music gets going, everyone starts dancing! 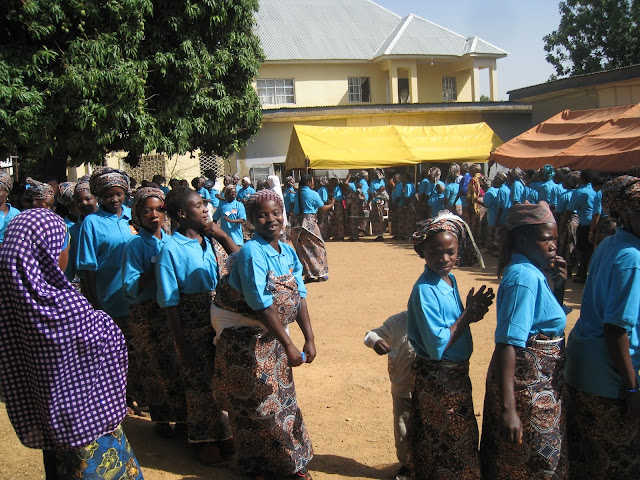 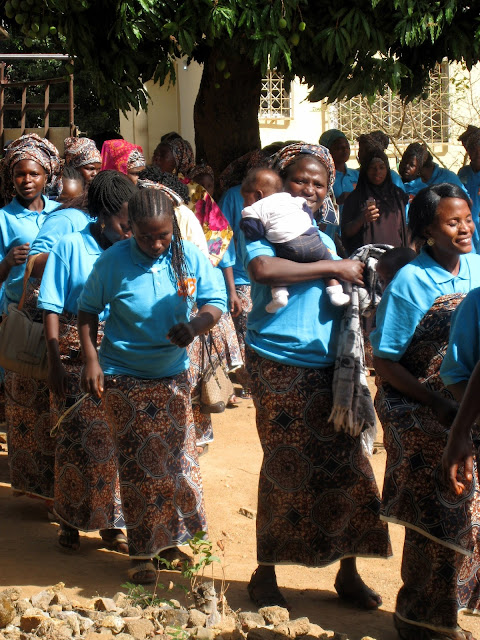 Later on in the program, four women told their stories. They were all fairly similar--in childbirth for 3+ days, eventually taken to a local hospital where the baby was pronounced dead/had a cesarean to remove the dead baby, started leaking urine within a month or so, finally found their way here (2 months to 35 years later), and at least one surgery before they were finally dry. 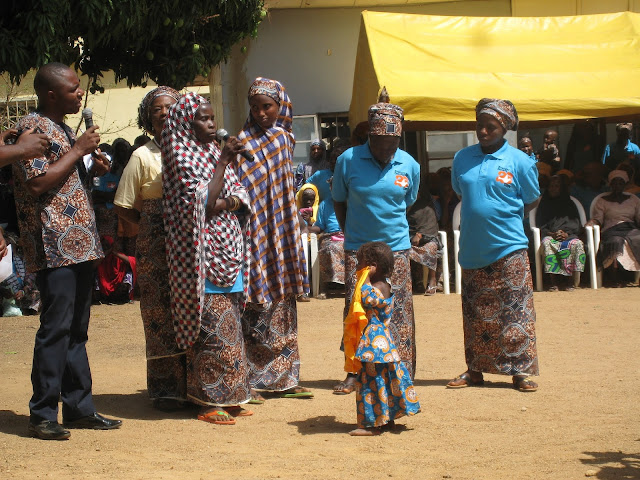 Once again, one of our youngest attendees couldn't keep from dancing as music played between each woman's testimony.

Later, we had a Freedom Ceremony for fourteen of our recent patients who were dry. This is similar to the Freedom Ceremony we have every Tuesday morning before clinic; they danced, sang, and each received a new piece of fabric. The key phrase was "Mun gode Allah!" (We thank God!) 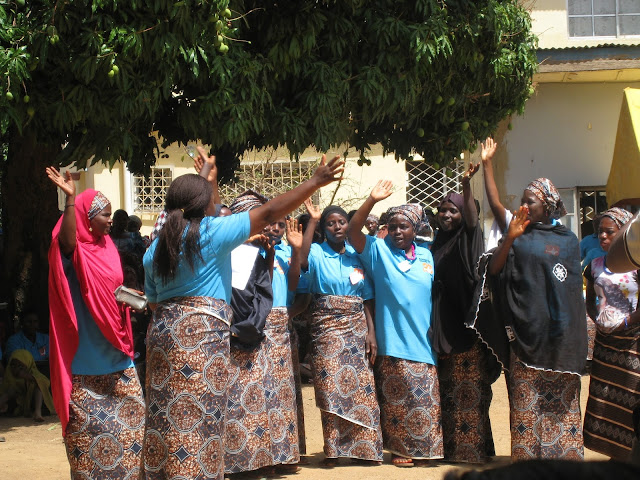 We had a special presentation of several manual sewing machines, sewing tables, and knitting machines donated by a group of students in the UK partnering with a Nigerian PhD student who is writing her dissertation on our VVF women. These women had gracefully shared their stories with this student and also been designated as women in need who could benefit from these machines. 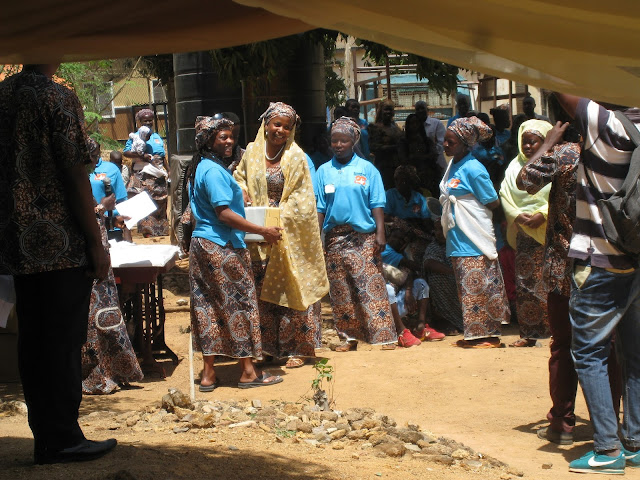 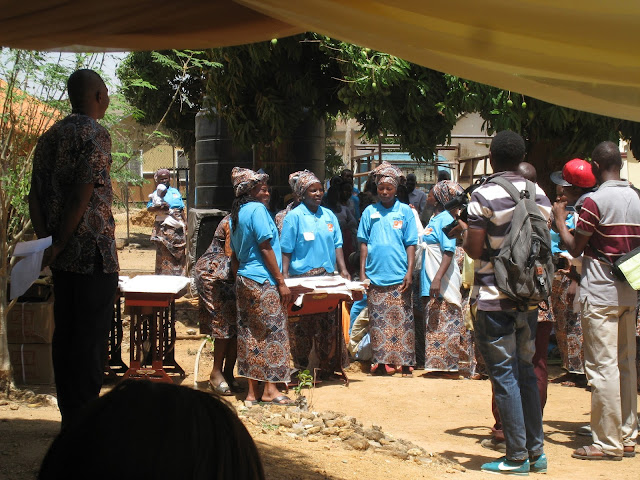 After a few more speeches by hospital administration and donors, we ended the celebration with more dancing.


And then I was snagged into tons of photos with various women. Out came flip cell phones as each woman wanted to take photos with the baturia (white woman)! 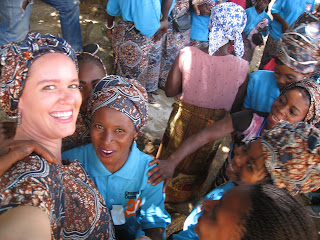 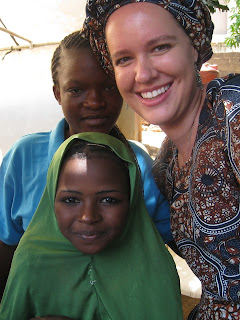 Then we got this selfie of us three SIM missionaries who serve here at Evangel VVF Center. Those smiles were certainly not forced--we'd had a wonderful celebration! 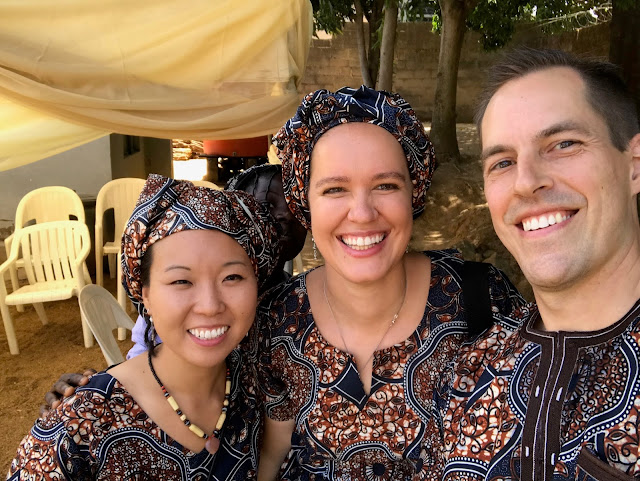