Thanks to the large American contingent of missionaries here in Jos, we actually get to celebrate Thanksgiving! Last night, one of the families opened their home to all of us single missionaries as well as the other families on their compound for a potluck Thanksgiving meal. There were 30 of us that came--Nigerians, Americans, Canadians, Koreans, Irish, and British! 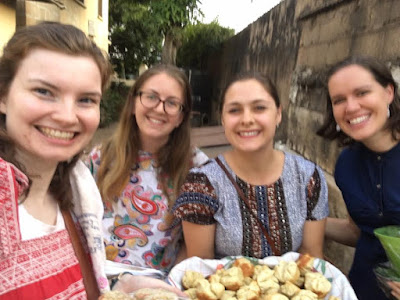 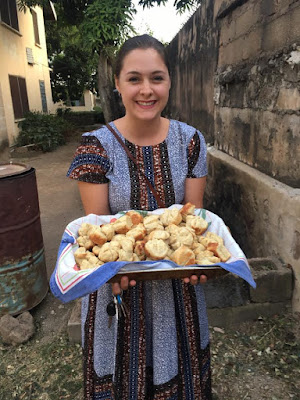 I brought salad and was excited to use a ton of homegrown lettuce from my garden! We also had roast chicken (instead of turkey), mashed potatoes, bacon-wrapped green beans, J__'s homemade rolls, and even sweet potato casserole made with canned sweet potatoes and Stovetop brand stuffing made from supplies that a recent visitor brought from the US! There was also jallof rice for our Nigerian friends.

As we gathered in the backyard at the super long table, it was so sweet to look around and see the the faces of the people I've come to know and love--the four other girls at my compound, several Nigerians who work in the SIM admin office and their families, visitors from the US, and two missionary families. 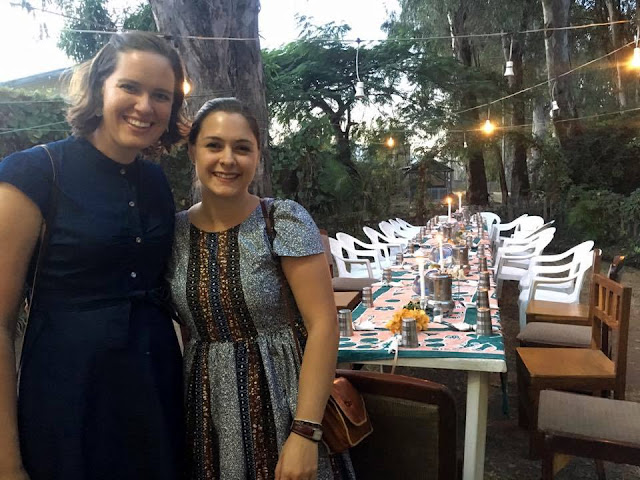 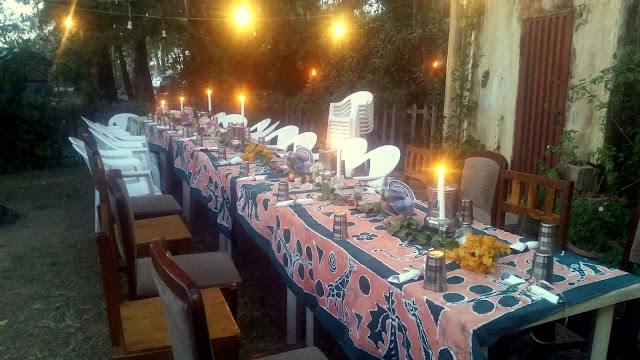 As we sat there, absolutely stuffed, I joked that we either needed a "dessert stomach" or a "hollow leg" in order to accommodate dessert, my Korean friend asked what a hollow leg was (I guess that's an American phrase). So the girl sitting next to me said that it's what allows you to keep eating and eating without getting full. And then the girl sitting on the other side of me said, "In Africa, we call that worms!"

Cue all of us dying of laughter! Ok, maybe you had to be there to get how funny that was! 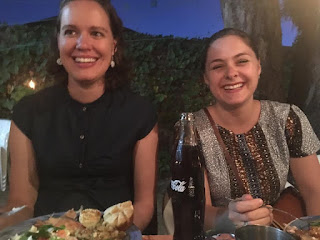 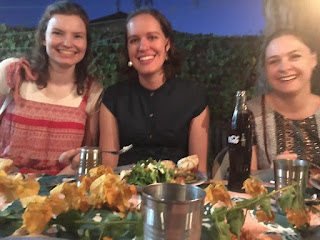 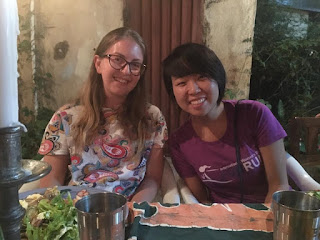 A few minutes later, the son of the hosting family came out and excitedly told us he'd found an NFL game on the one American TV channel they got (Armed Forces broadcasting). So a few of us went and watched the Lions vs. the Vikings game for a bit. It's the first time I've seen American football in over 9 months and it was a great addition to a wonderful evening! 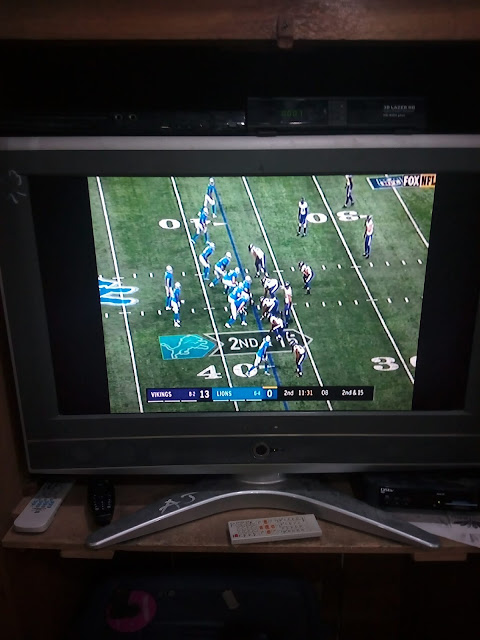 After dinner, we all gathered in the living room for a time of worship and sharing testimonies of thankfulness. One of the visitors led us in a bunch of familiar hymns and it was so cool to listen to all the various accents as we sang together!

...now excuse me while I go make two pumpkin pies and a green bean casserole for ANOTHER Thanksgiving meal tomorrow with the missionary doctor I work with and his family...